Let’s explore this wonderful country which has attracted visitors from all over the world by the ancient temples, modern high-rise buildings, the vast green forest mountains and countless wonderful beaches on Vietnam tour .
Vietnam is getting more attracted tourists with a developed economy, convenient transportation and more famous natural sights. Here, visitors can find a modern city with ancient center and the places with amazing landscapes through out the Vietnam tour.
1, Hanoi Hanoi water puppet show
– First, start the journey from the capital Hanoi, the cultural center of the country with more than a thousand years of civilization. Discover the history and culture of many nations at the Vietnam Museum of Ethnology and the history of resistance against aggression in B52 Victory Museum.
– Visit the Temple of Literature with history from the 10th century, to worship Confucius. Join those exercise sessions with local residents at Hoan Kiem Lake. Located at 1500 meters (4921 feet) above sea level in Vietnam’s remote northwest mountains, Sapa is famous for both its fine, rugged scenery and also its rich cultural diversity. Sapa is an incredibly picturesque town that lies in the Hoang Lien Son mountain range near the Chinese border in northwestern Vietnam, known as “the Tonkinese Alps”. Sapa and its surrounding region is host to many hill tribes, as well as rice terraces, lush vegetation, and Fansipan, the highest peak in Vietnam.

Many ethnic minorities live in and around Sapa. Excluding the Kinh people or ethnic Vietnamese, eight different ethnic minority groups are found in Sapa. They include H’mong (pronounced Mong), Dao (pronounced Yao), Tay, Giay (pronounced Zai), Muong, Thai, Hoa (ethnic Chinese) and Xa Pho (a denomination of the Phu La minority group). However, the last four groups comprise less than 500 people in total. The population of the district is estimated at 31,652 (1993) of which 52% are H’mong, 25% are Dao, 15% are Kinh, 5% are Tay and 2% are Giay. Around 3,300 people live in Sapa town, and the remainder are peasant farmers distributed unevenly throughout the district. Halong Bay is in northern Vietnam, 175 km (105 mi) east of Hanoi. The bay is famous for its scenic ocean karst topography and is often included in lists of natural wonders of the world. Ha long Bay is a bay located in the area of the Gulf of Tonkin, north of the Socialist Republic of Vietnam. It has an area of 1,553 square kilometers and has a coastline about 125 kilometers away from Hanoi. The name was based on the pronunciation in the Vietnam language “Viet Nam Ha Long”.

he Ha Long Bay archipelago is made up of 1,969 islands, both settled and uninhabited. These can be accessed from various ports, though in the special case of Cat Ba you can also arrive either by car, motorbike or bus (via Haiphong) or combined bus/boat (from Hanoi via Halong City).

This unique UNESCO World Heritage Site is a popular place for tourists and it is good to know that large parts of Ha Long Bay are officially protected from development. The islands vary greatly in size and shape as well as structure.

Visitors might want to allow a few days to explore this magical bay as its attractions are extremely numerous.

Located on the bank of Song Huong- Perfume River; Hue, the capital of Thua Thien Hue province in Central Vietnam, is 700 km southern Hanoi, 1100km northern Ho Chi Minh City, and only a few miles from the sea. Not until 1945 was Hue the national capital, the political, cultural and religious center of Vietnam under the control of Nguyen Dynasty. Most well-known for its historic values; Hue had been recognized as one of the World Heritage Sites by UNESCO.

Occupying a large, bounded area on the north side of Perfume River; four citadels were comprised to create the Capital City: Hoang Thanh (Imperial City) for royal palaces and shrines, Tu Cam Thanh (Forbidden Purple City) for royal residences, Dai Noi (Inner city) and Tran Binh Dai, which exclusively ancient architecture. Tourists are expected to spend at least one day to visit the whole complex. They can also catch a taxi, hire a bicycle, rent a “xich lo”- Vietnamese cycle if do not feel like walking around the site.

There are several tombs of ancient emperors scattering along the Perfume River: such as Minh Mang, Khai Dinh, Tu Duc, Dong Khanh, etc. On Cam Khe Hill, Minh Mang Tomb was built in 1843, with the area of 18 hectare, 3-meter-high defended wall, and nearly 20 architectural constructions. Lying in the middle of a pine forest, Tu Duc Tomb belongs to Duong Xuan Moutain, 8km far from Hue.

Featured in various songs and poems, Thien Mu Pagoda has become an essential part of Hue City. With the symbol of the octagonal 21-meter-high tower, the pagoda is the perfect combination of artificial architectural work and picturesque nature. Tourists can also visit other pagodas such as Tu Dam, Tu Hieu, Huyen Khong. Is one of the most popular destinations in Vietnam that caters to travellers of all tastes and across the continents. The little town is just the perfect candidate of what Vietnam tourism ministry is aiming to show to the world.

Mixing together with Vietnamese design, Chinese and Japanese accents melt and create a picture-perfect Hoi An of the late 19th century, which it has somehow remained mostly intact since. The end product is an oddly strange-yet-familiar sight that exists nowhere else in the world. To this day, few descendants of the foreign traders remain but the architectural setting manages to survive the damage of time.
6, Ho Chi Minh City Ho chi minh city
– Then go South, to Ho Chi Minh City, the center of commerce, finance of the country, watching the building of skyscrapers view with ancient temples, to shade buildings from the colonial era. Or try the street food right in front of the bars and shops and luxury.

Panoramic view of the city from on high from Saigon Skydeck observatory at Bitexco Tower 68 floors.
– Farther away from the center, visit Giac Lam Pagoda oldest city, with history from the 18th century or the Opera House, enjoy a musical show to learn about the cultural life of residents city people.
7, Cu Chi Tunnels and MeKong Delta – Go to Cu Chi Tunnels from the city center about 40 km to find out about the years of heroic resistance against the United States.

– Do not forget to rural areas near large cities. According boats on the streams flow to – Vinh Long to explore the Mekong Delta rich. Hiking, exploring the villages of Sapa in the north west, and follow the journey on the trail of red earth explore Highlands.
Vietnam’s long coastline is home to numerous beautiful beaches. Relax under the shade of coconut on the beach in Nha Trang or Vung Tau and have a delicious meal.
Vietnam has three international airports in Hanoi, Ho Chi Minh City and Da Nang. The easiest way to get around in the Vietnam tour is rent motorcycles to explore every corner. But taxi vehicles are safe and more comfortable.
Guests can discover all sorts of cultural itinerary, sightseeing and history in all parts of the country of Vietnam on Vietnam tour.
There are many places tourist should spend 2,3 weeks on Vietnam tour. 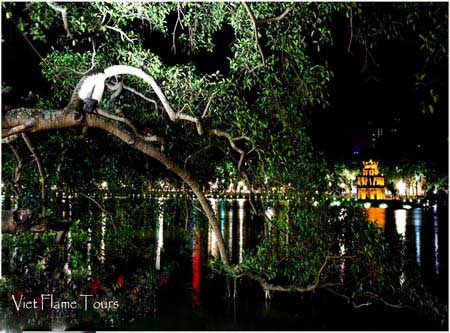 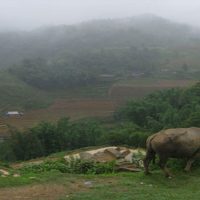